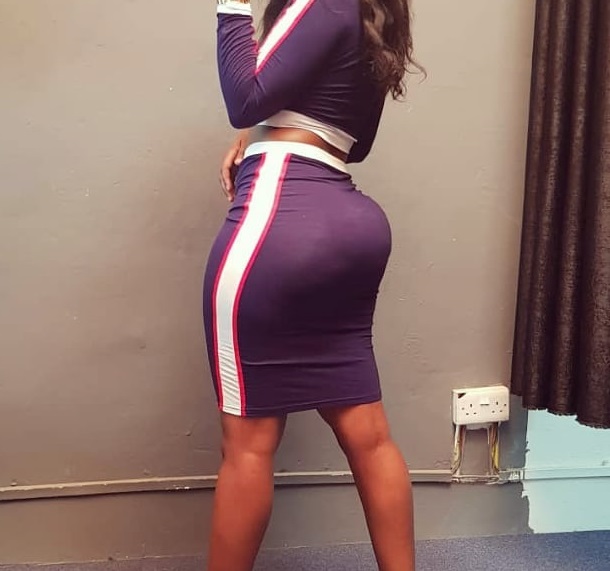 Baby kusveta chombo kunge Lollipop, ndakapa kutenda ayimedza yese. I have always wondered if the friendship between and male and a female really words or pane umwe anenge achihwandira mumwe chete? Anyways, I am sure we all have our different stories but mine is a bit complicated.

I remember I had just got my new BlackBerry and BBM was the it thing and I thought why not connect with a few more BBM friends and that is when I met her. She called herself Lollipop and so like any other human being I asked why such a name. “Lollipop because ndikakudya mboro you will give thanks, ndinoisveta kunge that Lollipop sweet,” she said.

And so the so-called friendship began ini, on the other hand, wondering if her Lollipop skills were for real and her she kept promising me that the skills were indeed real. I remember the first day we chatted on BBM till around 3:00 AM and all I could think of was that “this new friend of mine is going to be trouble”!

It didn’t take time for us to set up a meeting as we clicked already on chats but to be honest ini hangu I was curious as to why the name Lollipop. Independent woman, she was, staying in a nice neighbourhood and so I had no reason not to go in fact she had promised to make me a nice meal, you know how we are man and food.

Trust me when I say Lollipop wasn’t planning on friendship as well because miniskirt iyoyo was already sending a different message, I mean hakuna friend anopinza umwe pamuyedzo kudaro. I was offered a seat and as I got comfortable and was switching channels on her Samsung HD Television, I could see her moving around in the kitchen making something to eat.

I thought to myself kuti this was a complete package, anogona kubika and according to her anogona kuyamwa mboro, I just smiled to myself ndikati let’s see where the day takes us. Food and drinks were served and I enjoyed myself but I could not keep my eyes off the temptation in front of me. KaSkirt kaiti kakasumuka zvidya zvese panze and she would smile at me when she notices me staring. Haa apa better nditongoti ndakadyiwa nemiyedzo hangu because I am sure you can guess what happened next.

Ndakapedza kudya and was relaxing on the Big comfy couch watch the Manchester Derby back then there was always one winner nit now when Pep Guardiola rules the Premier League. So yeah Man United won the match and I teased my friend saying she should show me why she named herself Lollipop and since Man United won, she owed me that at least. I thought she wouldn’t fall for my trick, instead, she removed the Stimorol gum she was chewing wrapping it around a tissue she closed in on the gap between us.

I smiled to myself ndikati kwaLollipop I am definitely coming back. From that day onwards friend zone takarasa and sviro nonstop! You are welcome to tell me your experiences nemafriends enyu via email or via comments. Thanks for reading my story.